Initially I had thought that September had been a quiet month on the crafting front, however, as I considered what I had achieved, I realised I have been much busier than I thought.

There hasn’t been one stand out piece that I have been working on, however, I have tried several techniques and used a variety of different yarns that are not my usual choices.

Whilst in Portugal I have tried my hand at creating a basket using rag yarn.  I’ve always wanted to try making one and the yarn in Portugal is really inexpensive and so it seemed silly not to try.  My immediate thoughts on it are that it is quite hard to work with.  The yarn doesn’t have a consistent size and quite quickly I could feel it starting to hurt my arm.  This is a definite piece to work on on an ‘as and when basis’ doing a few rows here and there.  It’s based on a pattern I found on the internet and I really love the texture that the stitches have created.  I look forward to posting the completed article.

I’ve also been making a scarf using another very inexpensive yarn that I found in Portugal.  You use the lace chains within the yarn itself to create a scarf.  I’m not generally a big fan of scarves, but I loved the effect and movement this yarn created.  I’ve used 8 double crochets in a spiral.  It’s a great piece to take along to knit and natter groups or onto the plane as it requires little by way of thought, there is no pattern and I only need the one ball of wool!

A real high spot for me this month has been sharing my crochet with other people.  I had a lovely afternoon teaching my sister to crochet.  Like me she has been a knitter all of her life, but has wanted to try crochet for a while.  The hours just flew by as I taught her some of the basic stitches and techniques.  In the space of a few hours she learned double crochet, treble crochet, granny squares, magic circles and the basics of amigurumi!  Not bad for one session and she’s now working on creating Henry the Hippo, by Kamlin Patterns.  Obviously the afternoon was finished off with tea and cake!  I’ve also discovered a knit and natter group in the Algarve.  It’s a really vibrant group with so many members.  On my first tentative visit I had the opportunity to help an existing member who is new to crochet.  It was just the thing I needed to settle me into the group and I look forward to going along on a regular basis when I am here in Portugal.

Other than this I have been making hedgehogs, based on the pattern by moji moji designs.  I made my first hedgehog in Bristol for my husband.  He’s had a hedgehog shaped doorstop for years, but unfortunately is starting to resemble road kill.  I made him this one as a replacement, which was filled with cooking beans to weigh him down enough to work as a door stop.  I posted a picture of it on Facebook, and several of my friends placed orders.  So far I have made one and the second is in progress.  I’ve even been taking my crochet along to the local bar to ensure that they are both completed before flying back to Bristol.  I have had subsequent orders, so it looks like I will be making hedgehogs for a while to come!  It’s really nice knowing that the pieces you are making are appreciated. 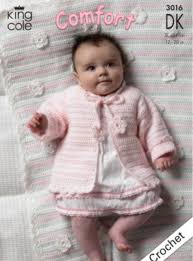 I’ve also continued working on a project for the International Diploma in Crochet.  One thing I learned in Part 1 is not to leave the pieces I least wanted to do until last.  So this time I have begun with a grading project.  I am required to produce an article which has been graded two sizes up from the original pattern, and which includes some design amendments.  I am making this jumper from King Cole.  As part of this project, one thing I have discovered is that the articles available for children still tend to be quite traditional and I always struggle to find something that I like.  This was not so much of an issue this time as I have to amend the item – I am really hoping that the amendments I make turn this into a more modern version of the sweater.

So, all in all, a busy month on the hook.

A Girl Who Loves Books

Flavor Smasher
I GOT MINES
Start a Natural Healthy Lifestyle

my year of trying to be more creative in different ways